EmptyEpsilon is a very nice game for fans of StarTrek that like to meet and love to steer a space ship together. 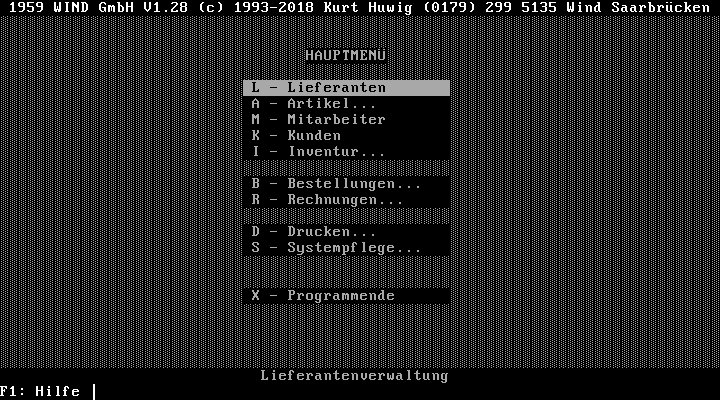 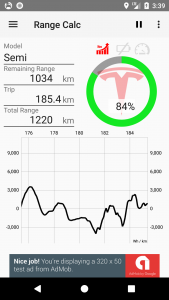 Did you like the +Tesla Semi truck unveil? I did and therefore I’ve added it to my range calculator app. The range look impressive, but you have to be careful with acceleration as the physics model calculates with the maximum gross weight of 40 tons.

I have created a new app that helps against EV range anxiety: if you plan to buy an electric car, just install the range calculator and drive with your normal car. The app will tell you how an electric car would behave especially with respect to the battery. This easily tells you which EV fits you best. I have built the app just for myself as I want to buy one and have been confused by the press how far they would go.

Does someone have an EV and time and motivation to show burners that real world performance? I have put a lot of time in the physical model so that the results are as accurate as possible and I calibrate it with real cars on read roads. Unfortunately I currently only have access to a Model S 75 and a 30 kW Leaf…those cars are expensive when you rent them…

Who can support we for the other vehicles with real world data?

You just have to drive normally with the EV and note how much kWh the drive has used. If you want to help, just drop me a note and I will give you a special version of the app that records data so that I can tune the model (the normal version certainly does not record anything, because data privacy is important to me).

I am currently building a simple audio book player for my kids. One part of are RFID chips for every audio book. An RFID-RF522 reader detects them and plays the corresponding audio book.

Connecting the RFID-RC522 board was more difficult than I first thought as most tutorials on the Internet have an incorrect pinout for current Raspberries. Those that are correct lack the interrupt line which causes a high power consumtion.

With this schematic the connection is simple and compact: 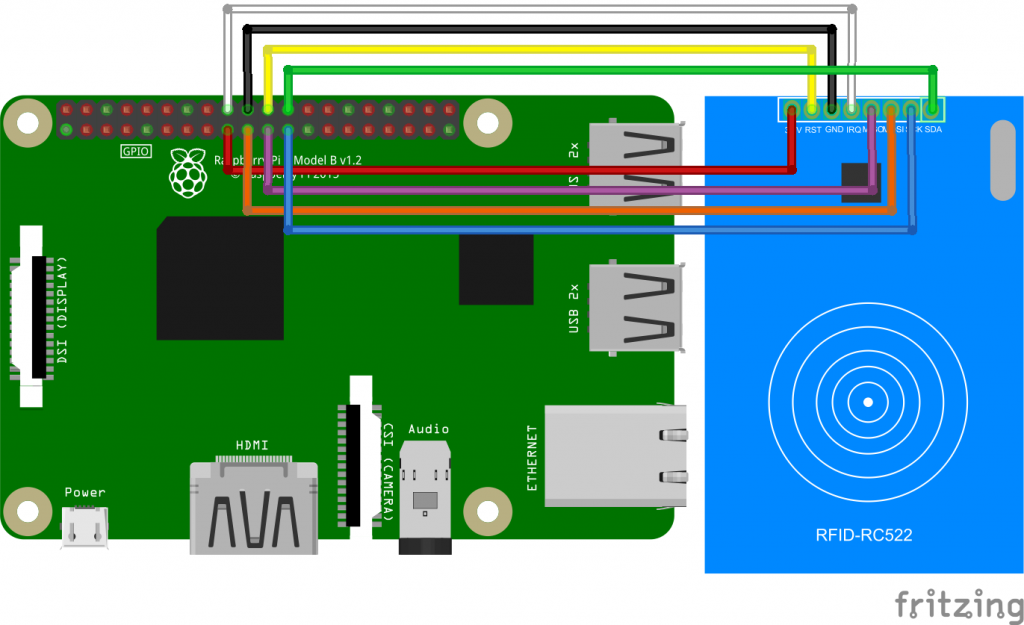 It allows to use interrupts which enables to write low power applications. You can find the schematics at fritzing.org.